Imagine for a second that you’ve just received a letter from the IRS and they tell you that you’re being audited. Scary, right? It’s not entirely out of the realm of possibility. If you’re wondering who gets audited by the IRS, we’ve assembled this list of common tax audit triggers.

Keep in mind that some audit subjects are selected at random. The National Research Program at the IRS randomly examines some tax returns each year to gauge the accuracy of completed tax returns nationwide.

What triggers a tax audit? These are some common red flags:

The IRS likely receives copies of forms reporting your wages, freelance/self-employment income, cryptocurrency trading activity, and capital gains. If you win the lottery or strike big in Vegas, you can bet the IRS will receive that information, too.

Investors or people with multiple income streams should be especially diligent when it comes to tax returns; each source of income adds another chance to make an error.

Lots of Tax Deductions and Credits

You have the right to claim valid tax deductions and credits to lower your bill to the IRS. However, claiming an abnormal amount compared to others like you could cause the IRS to initiate an audit. You should be prepared to provide proof of your eligibility.

The Earned Income Tax Credit (EITC) for parents is a common audit trigger because it is often misapplied. Other common targets of the IRS’s microscope include write offs for charitable donations, substantial business losses, and real estate investments.

The IRS examines every tax return for anomalies or potential mistakes using a computer system known as the Discriminant Information Function (DIF).

The DIF compares your tax return to other tax returns for people with similar income levels. It also automatically checks to see if multiple people claimed the same dependents. Anything on your tax return that falls outside the norm can cause the DIF to flag your return. Flagged returns may end up being selected for an audit.

An individual or business receiving a cash payment of $10,000 or more must notify the IRS by completing Form 8300—part of an effort to catch money launderers. The IRS receives the name and address of the person who made the payment or deposit.

If you make a large payment like this in cash, or deposit that amount of cash into your bank account, you can expect the IRS to receive a heads up. If that type of payment doesn’t fit with the income reported on your tax return, that may be a tax audit trigger.

And don’t think that making a deposit of $9,999 one day and $1 the next will allow you to get past this rule—the IRS is savvier than that!

For most people, the change of being audited is less than 1%. However, for those earning $500,000 or more in taxable income, the chances are higher. People with more than $10 million have the highest audit risk compared to other tax brackets.

High earners tend to have complex tax situations and several sources of income, which means more potential for error when completing a tax return—hence the higher risk of audit.

U.S. taxpayers who have financial accounts or assets overseas may be required to file an FBAR or a similar disclosure form. In an effort to curb tax evasion, the IRS has focused on offshore accounts like these for many years.

If you do report all your foreign income on the required forms, the IRS might want to verify those amounts. If you don’t report properly, the IRS could receive your information from a foreign bank (many are required to send information about American account holders) and be motivated to examine your tax returns.

In general, we haven’t seen that amending your tax return will make you the target of an IRS audit. However, if your amended return reports much lower taxable income than the original, that could be a trigger for a tax audit.

For example, you can amend a tax return and retroactively claim the QSBS exclusion (Section 1202), potentially reducing your tax bill by millions. With that much revenue on the line, the IRS may want to make sure the amended return is completely accurate.

Last but not least, you could become the subject of an IRS audit because of your connection to someone else who’s been audited. When the IRS examines that person or business’s records, your name could come up in connection to a tax error—in which case, you could also be selected for an audit. 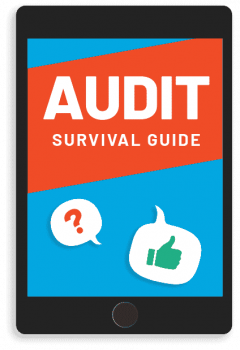 Need help navigating an IRS audit? Sign up for our free ebook to understand the process, lower your tax bill, and minimize risk!

By signing up to receive this ebook, you consent to receive marketing emails from Gordon Law Group.

Need Help with an Audit?

Now you know what triggers a tax audit and who gets audited by the IRS. There are a lot of things you can do to steer clear of the glaring red flags that can initiate an audit. However, if this does happen to you or your business, an audit is no time to do everything on your own.

If you need help fighting an IRS or Illinois tax audit (or if you’re trying to prevent one!), our experienced tax team can help. Contact us online or call (312) 471-0126!

Do you sell stuff on eBay? Don’t forget about possible tax obligations! Thanks to a new law, more [...]
READ >

Receiving notice of an audit can easily strike fear into any taxpayer’s heart. What happens when t [...]
READ >

Imagine for a second that you’ve just received a letter from the IRS and they tell you that you’ [...]
READ >

Non-filing penalties, non-payment penalties, and interest add up each month if you don't file and pa [...]
READ >

Anyone can be the target of an IRS audit. These tips will make the process run much more smoothly!